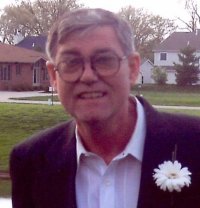 He attended Cleveland High School in St. Louis and studied environmental science at Belleville Area College in Belleville, IL. Bill worked at P. D. George Co., St. Louis, MO for 18 years, starting as a general laborer moving his way up to warehouse manager. He was a volunteer firefighter with Caseyville Fire Dept, retiring after 11 years of service with the rank of Vice-President, Bill genuinely cares about people and would do anything for anyone. In 1995 he received the Fire Departments Presidents Award for his work assisting residents after major flooding earlier in the year. Bill loved being outdoors, fishing, camping and bar-b-que. Auctions and yard sales were favorite past times and an avid baseball card collector. He was always ready with a comeback and could always make you laugh.

Bill was much loved and will be greatly missed.

Memorials: Memorials may be made to the Caseyville Fire Department.