1861 – The Kurrus Family immigrated to the United States from Germany and settled in East St. Louis, Illinois. 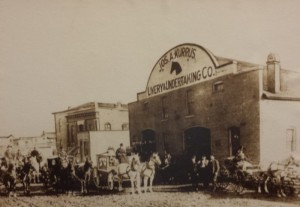 First home of Joseph A. Kurrus Livery and Undertaking Company, before the streets were raised. (City Hall on the Left)

1886 – Frank J. Kurrus, eldest son of Joseph, joined the firm as the accountant.

1889 – During Mayor Melbern M. Stephen’s administration, the City of East St. Louis decided to elevate the street ten feet because of flooding. Some areas of the city were raised 13 feet, which saved much of the city during subsequent floods. Since this covered the doors of the original building, an addition was built to provide street access. 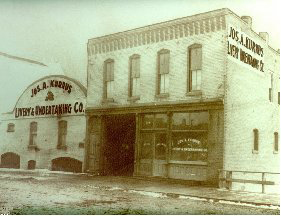 1896 – On May 26, while the firm was celebrating its 13th anniversary, a cyclone hit East St. Louis, leaving thousands of people homeless and numerous people injured or killed. Joseph, Frank, and Charles comforted and assisted the grieving.

1900 – A new livery and undertaking building was built at 315-317 North Ninth Street, and the company used both buildings until 1908 when the Third Street building was abandoned. 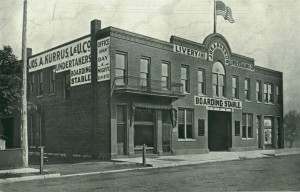 1902 – Charles Sr. began studying intricate techniques of embalming through a correspondence course and received the 472nd license for embalming in the State of Illinois (which was before the legal requirement date of 1905). He was the first licensed funeral director and embalmer in East St. Louis. 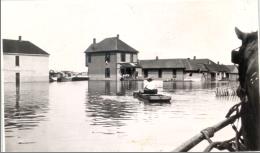 1903 – Charles Jr. told stories that his dad related to him about a series of rainstorms in 1903 that nearly drowned East St. Louis. The flood was so bad that Charles Sr. had to take a boat to work. 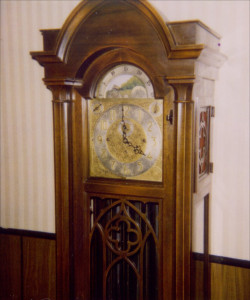 1904 – A giant died while working at the World’s Fair in 1904. The man was eight feet tall, and Charles Sr. had to build a special coffin.

Joseph purchased a grandfather clock in St. Louis during the World’s Fair. It can be seen still working over 110 years later at the Kurrus Funeral Home.

Early 1900s – During this time Joseph and Charles went to the deceased person’s home and did the body preparation (embalming) in the basement or a back room. The body was then dressed and casketed for the wake (visitation) and services, all of which took place in the home of the deceased. By 1915, most of the preparation took place at the funeral home, but most of the visitations and services continued to take place in the home of the deceased. The funeral home did have a chapel where people gathered for the services. 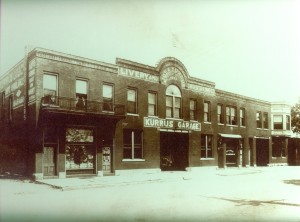 1910 – During the 27th anniversary, Frank and Charles Sr. acquired the first motorized funeral equipment in East St. Louis, which provided an choice between a horse-drawn hearse and a motorized hearse. This option lasted until 1917, when only motorized vehicles were available. This necessitated the name change from Kurrus Stables to Kurrus Garage. 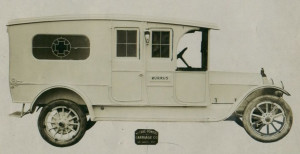 1915 – Charles and Frank purchased a Moon ambulance, which was the first motorized ambulance in East St. Louis.

1917 – In July, a bloody outbreak of violence occurred, stemming from the employment of African-American workers in a factory holding government contracts. This was the worst incident of racial unrest in the United States during the World War. Charles Jr. was told by his father that there were over 100 African-Americans and ten white people killed, many of whom were buried by Kurrus Funeral Home.

1922 – Viola Kurrus Vogt, eldest child of Charles Sr. became associated with the company as secretary/treasurer and funeral director. She developed the record numbering system that is still being used today.

1926 – Charles G. Kurrus, Jr. joined the funeral home as a licensed funeral director and embalmer. Charles Sr., Frank, and Charles Jr. soon realized that the Ninth Street location had become inadequate for the expanding business, and plans were made for a new home. On August 15, 1926, the ground-breaking of the new location at 2525 State Street occurred.

1927 – On Sunday, July 24, 11 months later, the new building was formally opened, and the name was changed to Kurrus Funeral Home. This Georgia Colonial building was one of the earliest buildings in Illinois especially designed for funeral service. 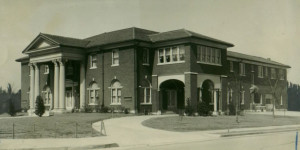 The building had a 350-seat chapel, reposing rooms, and a special private family room adjoining the chapel with a private entrance and exit. This facility also provided a music room with a manual pipe organ and special accommodations for singers. Also housed on the premises was an unusually large casket display room. An elevator serving four floor levels was utilized by invalids and wheelchair patients to attend services or visitations. Three large apartments on the upper level were used by the Kurrus Family and ambulance personnel. A private parking lot adjoining the funeral home had a special driveway alongside the building where family cars and those of friends could easily join a procession. A large garage housing twenty vehicles, such as hearses, limousines, ambulances, and med-cars, was in the rear of the facility. A ramp and elevator from the garage provided easy access to the embalming room in the basement. Even though this facility was designed for visitations and funerals, there were still those who wished to have visitations and services in their homes. This practice continued until about 1935; approximately a dozen have occurred since.

1957 – Charles G. Kurrus III joined the funeral home as a licensed funeral director and embalmer after graduating from Worsham College of Mortuary Science in Chicago, Illinois

1970 – Charles Jr. and Charles III realized that their clientele was moving to surrounding areas, and they began to investigate possible locations to relocate the business a third time.

1971 – Land was purchased on North 57th Street in Belleville. 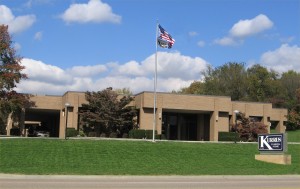 1974 – Funerals were held at either location, but with only two burials from the East St. Louis location, the decision was made to close that facility.

1976 – The East St. Louis location was sold to the State of Illinois. In 1987, the building was razed and a National Food Store was built, which later became a Schnucks.

1980 – In May, the local cemetery union workers went on strike. This became a problem because burials were not allowed in five cemeteries. The strike continued for three months, until the courts ordered the cemetery workers to resume burials. By this time, Kurrus Funeral Home had over forty deceased remains stored in sealed caskets in storage racks at the funeral home. Families were having difficult time finalizing the loss of their loved ones until the burials finally took place. By the end of July, the cemetery workers returned to work and were burying about eight people each day. starting with the earliest to pass away. This pace continued for about two weeks, because many family members returned home and had to travel back to Belleville for burials.

1983 – On August 6, during the firm’s 100-year anniversary, Dale A. Kurrus joined the business as a funeral director and embalmer.

2010 – Continually striving to serve families in the metro-east in their time of need, Charles and Dale decided to expand at the current location. On December 15, they opened an on-site state-of-the-art building designed to provide a first-class, caring, and ethical form of cremation.

The new cremation facility, attached to the funeral home, contains two cremation units, one for humans and a second smaller unit for pets. All cremations are conducted by a licensed technician certified by the Cremation Association of North America.

Kurrus Funeral Home realizes that pets are an integral part of the family and as such they hold a very special place in the hearts of all family members. Therefore, all pet cremations are handled by a licensed funeral professional, and, as such, all pets are treated with the same respect given to humans. No other pet crematory in the local Illinois area has a facility and professional staff that Kurrus Pet Services provides.