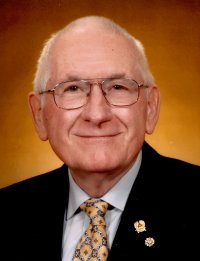 Walter worked throughout his career and retired from the Defense Mapping Agency (NGA) in St Louis Mo. Walter also was a farmer and co-owner of the Rhein and Beatty Farm near Smithton Ill. He was a member of St. Paul United Church of Christ in Belleville, IL, Past Master of St. Clair Lodge #24 A.F. & A.M., Scottish Rite Bodies and Ainad Shrine. Wally enjoyed winters in Arizona and summers at his Minnesota lake house.

Memorials: Memorials may be made to the Shriners Children’s or St. Paul UCC Belleville,, IL.

Funeral: Masonic service will be held at 1:00 pm Tuesday, January 17, 2023 at Kurrus Funeral Home with Private Entombment at Valhalla Gardens of Memory Mausoleum in Belleville, IL.