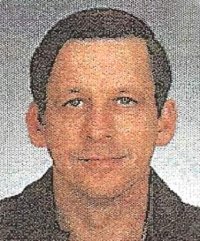 Chief Master Sergeant Thomas L. Johnson is a native of Norwich, New York. He attended Western Oklahoma State College and Altus Oklahoma. He has been awarded an Associate’s Degree from the Community College of the Air Force. He graduated from the Air Force Longistics Command NCO Academy 1978; completed the USAF Senior NCO Academy by correspondence, 1983; completed the Classroom Instructor Course, 1983. He graduated as “Distinguished Graduate” from the USAF Senior Academy, March 1987.

Chief Johnson is an Enlisted Aircrew Member with over 7700 hours in the C-141A/B. He became an instructor flight engineer in 1978 and flight examiner in 1981. He became an academic instructor in 1983. Additionally, he holds the aircraft and Munitious Maintenance Badge.

Memorials: Memorials may be made to the Folds of Honor.