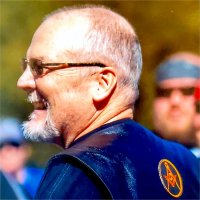 Steven retired from the United States Airforce after 20 years of service. He then went onto work in a similar capacity supporting the Dept. of Defense as a civilian contractor. He was a Past Master of the St. Clair Masonic Lodge in Belleville, IL. He was also a founding member of the Stone Templars chapter of the Widows Sons motorcycle association.

Memorial: Memorial Service will be held at a later date.