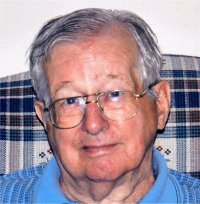 Robert worked as a self employed Carpenter and was a 75 year member of Carpenter’s Union in East Saint Louis IL. Bob was born into a musical family and he passed that love and ability onto his children and their children. He was a voracious reader. He had eclectic taste, but mostly enjoyed history and his Bible was always nearby. He loved genealogy and enjoyed exploring the roots of his family. He made contacts all over the United States and into Europe looking for clues.