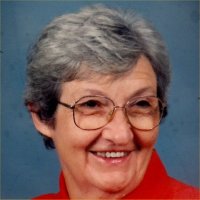 Mrs. Sherbut worked at Swift & Co. and took early retirement September 30, 1971. She was a member of Winstanely Baptist Church and The Ruth Class.

Special thanks to all her dear friends, especially in The Ruth Class, Carol and Donna Swalley, Debbie (Kevin) Balentine, Tammy Kincer and all her new friends from Cedarhurst of Collinsville.

Memorials: Memorials may be made to the Winstanley Baptist Church or donor’s choice.