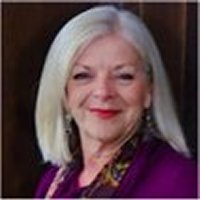 She was born on July 27, 1955 in East St. Louis, IL; the daughter of Fred Lee McDaniel and Louise Houston McDaniel of Belleville, IL. Karen attended schools in East St. Louis; Morrison Public, St. Patrick’s Catholic and St. Teresa’s Academy, from which she graduated in 1973.

After graduating from the Academy of Beauty Culture in Belleville, Karen opened her first beauty salon, The Wave, in 1976. Karen married Craig Buesking; son of Forest and Lorraine Buesking of Belleville, on May 21, 1988 at Our Lady Queen of Peace Catholic Church and soon after, moved to Kansas City, MO.

Karen continued her cosmetology education through attendance at many special seminars and schools taught by experts in the United States and London, England. She too was sought after as a teacher for her creative and innovative techniques in hair styling. Until this year, and the start of COVID-19 and the shutdown of hair salons, Karen was a partner at a large salon in Kansas City, Salon Ego’s.

Karen was known as a loving mother to her daughters and a lover of nature and all animals. She and her family spent countless weekends boating and camping all over the Mid-west with their Labrador retrievers. As a creative, Karen also had an appreciation for all things art and fashion and had what her friends would call “an eye for style and design.”

Cremation has taken place per Karen’s wishes. A Celebration of Karen ‘s life will be held at a later date. In lieu of flowers, Memorial contributions are suggested to the family for Harper’s College Education or to the donor’s choice. Memories of Karen and condolences to the family may be shared at meyersfuneralchapel.com.