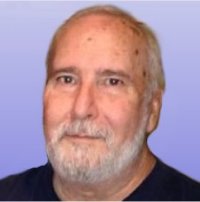 Jim worked as a Manager for AT&T. He was a natural athlete, in fact some would say he was the best 2nd baseman to ever play for Belleville West High School. He coached his kids and family in sports for many years. He was involved in Telephone Pioneers for several years, and president of a local St. Louis chapter. He was very involved in Gateway Cursillo, where he excelled as Rector. Jim loved playing trivia, spending time with his family, especially his grandchildren, and was an avid sports fan who loved the Blues, Cardinals and the Fighting Illini.