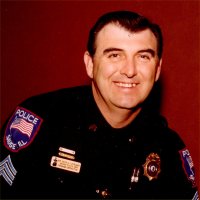 David Eugene Cleveland, 77, of Sauget, IL died peacefully with his daughter by his side at Mercy Care and Rehab Center in Swansea, IL on January 26, 2021. He was born March 17, 1943, in East St. Louis, IL, the son of the late Charles Monroe Cleveland and Juanita June Cleveland (nee Reeves).

Mr. Cleveland is survived by his:

David served his country in the United States Navy during the Vietnam War and then retired as a 39-year veteran and Sergeant for the Sauget, IL. Police Department. Mr. Cleveland was also a member of East Lodge # 504,  Gothic Lodge # 852 AF & AM, Scottish Rite Bodies, and Ainad Shrine. Additionally, he was an accomplished underwater search and rescue Dive Master / Instructor, and a national champion sharpshooter.

Funeral: A private family service will be held. Mr. Cleveland will be interred at the Jefferson Barracks National Memorial Cemetery, St. Louis, MO.