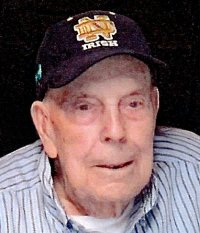 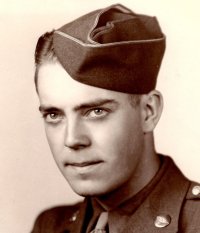 William H. Anderson, Sr., of Smithton, Illinois, passed away on Saturday, May 28, 2022 at Freeburg Care Center at the age of 95. Bill was born on Saturday, August 28, 1926 in Caseyville, Illinois. He was raised and worked on the farm owned by his grandpa and uncles.
He was a World War II veteran serving in Japan and Panama. Bill worked at Illinois Central Railroad until his retirement in 1986.

Bill is survived by:

Bill was a great dad, grandpa and great-grandpa. He was a hard worker and was always available to help us in any way he could. He had a delightful sense of humor and was an animal lover, especially cats. Bill was dearly loved and will truly be missed.

Special Thanks: We would to thank the Freeburg Care Center staff for the love, compassion and exceptional care they provided to Bill.

Services: Per his wishes there will not be any service. He will be interred at Jefferson Barracks National Cemetery.

Donations: Anyone wishing to honor his memory may make donations to Belleville Humane Society.