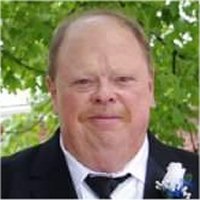 William was a truck driver for over 20 years. He retired from Jung Trucking located in Mascoutah, IL in 2018 after working for them for 13 years. He was a member of First Christian Church located in Belleville, IL. He was a youth minister there for a couple of years after graduating from college. William was a die hard Chicago Cubs fan. He also enjoyed watching the Fighting Illini. He was an avid fisherman and “grandpa” was his favorite name. His family always came first and meant the world to him.

Memorials: Memorial may be made to the American Heart Association.