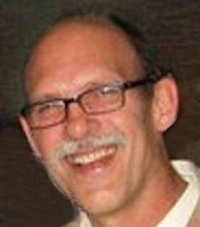 Bill grew up in Belleville and graduated from Belleville West High School in 1974. He attended both Ranken Technical School and SWIC. Bill was a chemical operator for over 40 years, retiring in 2017.

Bill was preceded in death by his:

Bill is survived by his:

Bill loved spending time with family – especially “hump days” with his grandkids, who he affectionately referred to as “Papa’s Punks.” Bill and Kim loved to travel the country together. He enjoyed the family vacations to the beach and looked forward to the annual ski trip with his life-long friends. He will be dearly missed and fondly remembered by all who knew him.

Memorials: Memorials can be made to the Smithton Food Pantry, where Bill was a volunteer, c/o Mark Rodriguez, 606 Klein Dr., Smithton, IL 62285.

Services: A celebration of life will be held at a later date.