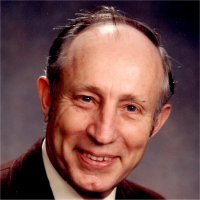 William “Bill” was a manager for Peabody Coal Company. He was an active member of First Assembly of God Church in Belleville IL. He served as an Elder, Deacon and long time Bible teacher of the church. Bill was a Veteran of World War II, serving in the U.S. Army Air Corps.

Memorials: Memorials may be made to the First Assembly of God Church, Belleville, IL.