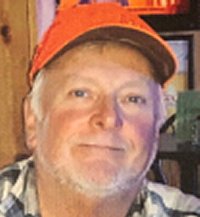 Rick was a United States Army Vietnam veteran. He worked as a union pipe fitter and was a member of the Polish War Vets and the Farmington American Legion. Rick loved his cat “Hobo”, hunting, fishing and trivia.

Survivors include his wife: Mary; one daughter: Robin (Diane) Morgan of Largo, Florida; one grandson: Jonathon (Lauren) Morgan; cousin whom he was close to: Kevin (Pat) Kolis and many other cousins and friends.

He was preceded in death by his parents.

In lieu of flowers donations may be made to the family or the Farmington American Legion.

Memorial Service will be held at 11:00 am at Kurrus Funeral Home with Father Clyde Grogan officiating.