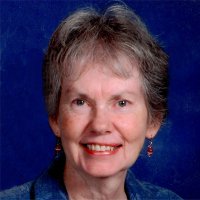 Virginia was a member of the First Christian Church of Belleville. She was a stay-at-home mother who also substitute taught at Belleville East High School and assisted her husband in his insurance business. Virginia was raised in Benton, IL and graduated valedictorian of her class of 1960, Benton Township H.S. She was named outstanding band member and head majorette. She received a teacher’s scholarship to Southern Illinois University in Carbondale and continued twirling to become head majorette of the Marching Salukis. During her junior year she was selected as one of the nations “Top Ten” twirlers by the Indianapolis 500 Speedway Association and performed at their parade and speedway. Additionally, she won the talent award at the Miss Southern Pageant. She married Ted Farmer, March 15, 1964. She enjoyed spending time with her family and traveling. Virginia and Ted visited over 50 countries, with multiple visits to most. In addition, they visited all 50 states and every Canadian Province.

Memorials: Memorials may be made to the First Christian Church in Belleville, IL or donor’s choice.