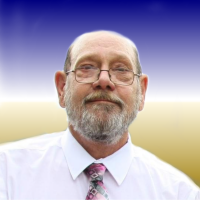 Tim was born on March 3, 1958 in Augsburg, Germany to Edwin and Beverly Joy Ballard. He was an Army brat and lived in many places as a child besides Germany including Mississippi, Hawaii, and North Carolina.
Tim was a veteran and spent four years in the Army as a young man. He retired from Peerless-Premier Appliance Company where he worked as a machinist. Tim was a simple man and enjoyed being outdoors hunting, fishing, and camping. He was an avid St. Louis Cardinals fan and enjoyed watching a good NASCAR race. Tim’s daughter, Julie, and granddaughter, Kayleigh, were the apples of his eye. He also enjoyed spending time hanging out and shooting the bull with his friends and family. He will be deeply missed by those who knew him.

He is preceded in death by his:

Memorials: In lieu of flowers memorials may be made to Kayleigh Ballard (c/o Julie Bynum) for her college fund.