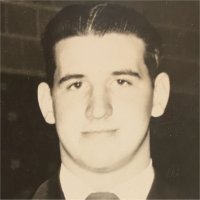 Tom was a 1957 graduate of Assumption High School and was a lifeguard and baseball umpire in his youth. He was a Court Baliff and served as a Sheriff Deputy for St. Clair County under 4 different sheriffs. He was a retired Deputy Coroner, an EMT, and co-owner of Sawyer Ambulance Service. He was a member of the Fraternal Order of Police Lodge 262, St. Clair Co. Funeral Directors Association and Professional Car Society.

Tom loved being with his grandchildren and loved attending church at St. Augustine of Canterbury in Belleville, IL with Father Bill McGhee. The family would like to thank Dr. Mary Agne, & Family Hospice for their care and support for Tom. They would also like to thank the entire staff at Kurrus Funeral Home for their sincere care.

Memorials: Memorials may be made to St. Augustine Church in Belleville, IL for Masses or Family Hospice.

Funeral: Funeral Services will be held at 10:00 am, Friday, December 20, 2019 at St. Augustine of Canterbury in Belleville, with Msgr. Bill McGhee officiating. Interment will follow at Mount Carmel Cemetery, Belleville, IL.