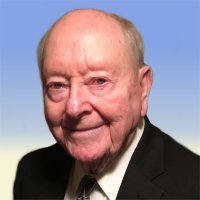 Thomas Glenn Carley, of Swansea, IL, born in Hoxie, AR, died Thursday, July 23, 2020 at his residence from an extended illness surrounded by his family.

Thomas worked as an engineer for the Alton & Southern Railroad and proudly served his country as a decorated Marine during WW II. He was a popular thoroughbred horse trainer known throughout the Midwest. Among the stakes winning horses, he trained were Missouri Brave, Red Cloud, Bullfrog, Bold Conquest, and Missouri Earl.

Memorials: Memorials may be made to St. Augustine of Canterbury, Belleville, IL.

Visitation: Private visitation will be held at St. Augustine of Canterbury in Belleville, IL.