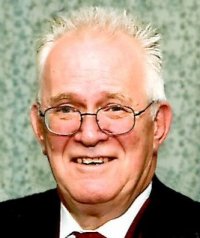 As a young man, he drove and repaired any and everything on wheels. After graduating, he served in the United States Air Force and the Air National Guard, reaching the rank of Master Sergeant. He worked as an electronic specialist on the F-4 and later in satellite communications. He was deployed to six countries during his career and always returned home with the best souvenirs. In civilian life, he worked as a Manager for AT & T and when asked about his job, simply said “I make the internet work”.

Steve was generous with both his time and talents, asking nothing in return, skills he first learned at his father’s knee. His mechanical expertise kept friends and family living in working homes and driving vehicles long beyond their expiration. There was nothing he couldn’t fix. His favorite forms of payment were home cooked meals, cigars, good scotch, ice cream, and hugs. He was a man of innumerable hobbies, including cars (especially Mustangs), coins, games, and travel. Steve was always up for an adventure, whether it was helping transport a baby calf in the backseat of a car as a boy, mastering racquetball in his 30s, or joining his brother in riding his bicycle down the Katy Trail in his 50s.

In 1990, Steve’s life changed in a way he never predicted. He welcomed his beloved daughter Rose. She was the apple of his eye. He adored Rose and her burgeoning family. No one ever saw a smile wider on Steve’s face than when holding his newborn granddaughter. Poppy June had Steve wrapped around her finger from the very beginning. It was love at first sight.

Steve loved hearing and telling jokes, but always seemed to fail at knock-knocks. Instead of answering “who’s there?” he would open the door and invite you in. He never met a stranger and collected lifelong friends like baseball cards.

Steve was active in many Masonic organizations. He was a Senior DeMolay and received the DeMolay Legion of Honor, the highest award given by the International Supreme Council of the Order of DeMolay. He served as Worshipful Master of both Lebanon and Trenton Masonic Lodges. Steve enjoyed many meals with the Belleville High Twelve Club and is a past president of the Illinois Association of High Twelve Clubs. In the last several years Steve traveled many miles with the Order of Eastern Star. He was a past Worthy Patron of O’Fallon as well as the Worthy Grand Patron of the Illinois Order of Eastern Star from October 2020 to October 2022, serving an extra year due to COVID-19.

Steve also served as the presiding officer for the Belleville Chapter of Royal Arch Masons, the Belleville Council of Cryptic Masons, Tancred Commandery of Knights Templar, Shamrock Council of Knight Masons, Cahokia Mounds Council of the Allied Masonic Degrees and Southern Illinois York Rite College. Steve was a member of the Widows Sons Chapter, a Masonic motorcycle riding club, Charles A. Lindbergh Chapter of the National Sojourners, the Scottish Rite Bodies, Valley of Southern Illinois, Saxa Rubra Conclave of the Red Cross of Constantine, and Ainad Shrine, Illinois Priory of the Knights of the York Cross of Honor, and Egyptian Preceptory of the Legion of Honor in Southern Illinois.
Steve was proud to be a member of American Legion Post #283 and several other civic organizations.

Memorials: Memorials may be made to the Illinois O.E.S. – Honor Flight Fund

Funeral: A Celebration of Life will be held at 11:00 am on Tuesday, November 8th, 2022 at First United Methodist Church in Lebanon, IL, with Pastor Kim Hadedorn officiating. Interment will be at Jefferson Barracks National Cemetery, St. Louis, MO.