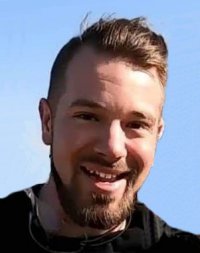 SRA Taylor M. LaBrier, 31, of Fairview Heights, IL, born, February,17, 1990, in Pensacola, FL, passed away due to an automobile accident on Interstate 110 in D’lberville, MS.
Senior Airman Taylor M. LaBrier, was a communications expert with the 183rd Wing based in Springfield, IL. LaBrier was on temporary duty assignment to the 81st Training Wing at Keesler Air Force Base in Biloxi, Mississippi, and was attending an Air Force school at the time of his death. LaBrier transferred from the Illinois Army National Guard to the Illinois Air National Guard last year. He first enlisted in the Illinois Army National Guard in 2014 and served as a Radio and Communication Security Division primarily with the Springfield, Illinois based 3637th Maintenance Company. From October 2017 to July 2018 he deployed to the Middle East with the 3637th Maintenance Company. LaBrier received numerous awards and decorations during his service including three Army Achievement Medals.

Memorials: Memorials may be made to Folds of Honor Foundation.