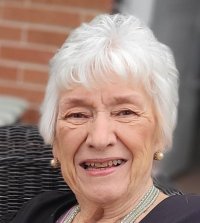 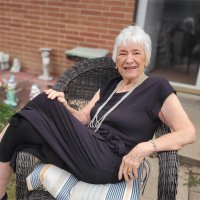 Sondra Juanita “Sonny” Lee, 83, of Belleville, IL passed away Saturday, June 11, 2022 at 7:58 p.m. with loved ones by her side, while under the care of Hospice of Southern Illinois.

Born on July 9, 1938 in East St. Louis, IL, she was the daughter of the late Robin Clayton Berry and Flora Juanita, nee Stone, Miller. She married Harry F. Lee and he preceded her in death.

Sondra graduated in 1956 from East Side High School in East St. Louis and enjoyed assisting on the reunion planning committee over the years, and staying in touch with her former classmates. Prior to retirement in 2011, she was employed as a unit secretary for over thirty-five years at Memorial Hospital in Belleville.

She is survived and will be greatly missed by her:

Memorials: Memorials may be made to Variety St. Louis.

Service: A service honoring and celebrating Sondra’s life will be Sunday, June 19, 2022 at 6:00 p.m. at Kurrus Funeral Home.

Committal Services: Friends are also invited to join the family for the Committal Service and Entombment on Monday, June 20, 2022 at 11:00 a.m. at Valhalla Gardens of Memory, 3412 Frank Scott Parkway West in Belleville.