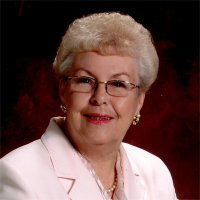 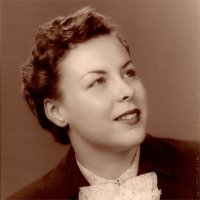 Being the “people person” she was, Shirley’s jobs and occupations always seemed to be filled with people. While still in high school (BTHS class of 1948), she was the switchboard operator for the Belleville Hotel after school from 3pm to 11pm. After graduation, she continued on a switchboard for Menx Modes Dress Company in St. Louis, eventually becoming their factory dress model. Soon the airlines industry caught her attention and she became a stewardess with Delta in Atlanta, GA. Seeing the better part of the Eastern half of our Country, she moved to Denver, CO and Continental Airlines to see the Western half. Next in her “peopled life” was the restaurant field, beginning with hostessing at Miss Hullings organization, then catering manager on the River Queen floating restaurant. The last 32 years of her working career was spent selling advertising specialties beginning at Call Printing in E. St. Louis and finishing with 10 years at Gifts For Individuals in O’Fallon. Her retirement years were spent traveling with Richard and lots of volunteering at St. Matthew UMC, including two mission trips to Paraguay, S.A. and six mission trips to Red Bird in Southeastern Kentucky.

Memorials: Memorials may be made to St. Matthew United Methodist Church in Belleville, IL.