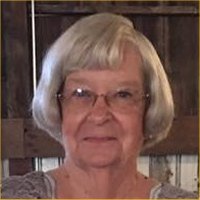 Sharron Marie Henderson, 81, passed away on July 20,2020 in St. Louis, Missouri, of complications from a stroke, surrounded at her passing into eternity by her family and friends. Sharron was born on January 15, 1939, in East Saint Louis, Illinois, the forth born of Marguerite and Gordon Finch.

Sharron held a very active roll in her husband’s Snap-on Tool franchise, bookkeeping and taking inventory. She was a active member of St. Stephen Catholic Church in Caseyville, IL. When her children were young, she often volunteered at their school, tutoring students and helping in the school cafeteria. Sharron was a “hands on Mother, Grandmother and Great-Grandmother”. She often babysat and never was there a soccer game or dance recital missed by her!

She is preceded in death by:

Sharron is survived by her:

Memorials: In lieu of flowers, donations can be made to the Alzheimer’s Association.