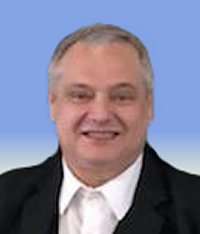 Sam graduated from Coulterville High School in 1983 and started working at Sparta Pizza Hut until 1984. He received his Certified Nursing Assistant (CNA) certificate in 1986 and worked at the Sparta Nursing home until 1988. He moved to Belleville and worked in the SWIC book store until 1993. Later, he moved back to Coulterville and was employed at the Sparta Aluminum Plant until 2005.

Sam was an avid history buff and a board/video gaming enthusiast. He loved scenic unplanned road trips. He also had a love of nature and animals.

He was a member of the Coulterville Methodist Church and loved helping people in need.

Services: Private family memorial service will be held at a later date