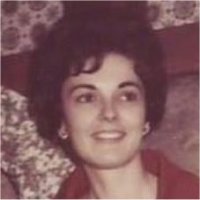 Mrs. Castelli was a life-long resident of Belleville, IL. She attended St. Mary’s Grade School and was a graduate of Belleville Township High School, Class of 1953, where she was a Majorette for the marching band. She subsequently attended Belleville Junior College and worked at Fellner’s department store as a clerk, prior to becoming a devoted and loving homemaker for her three children.

While a full-time homemaker, Sally also volunteered at Signal Hill School and was a member of the St. Clair County Junior Service Club.

Mrs. Castelli married her high school sweetheart, Kenneth Castelli, on September 17, 1960, and they celebrated their 50th wedding anniversary in 2010, prior to Kenneth’s passing on November 23, 2010.

Memorials: In lieu of flowers, Memorials may be made to the Angelman Syndrome Foundation or to the Riverbend Humane Society of Jerseyville, IL.

Arrangements: The family will be holding a Celebration of Life gathering on Saturday April 2, 2022 at Fletcher’s Restaurant, located at 1524 Clinton Hills Pkwy, Swansea, IL., between the hours of 2:00 PM and 6:00 PM. All friends and family are cordially invited to join the family during this time to celebrate and remember the life of Sally Castelli.