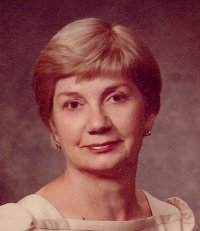 Rosemary was a loving Wife, Mother, and Grandmother. She graduated from St. Teresa Academy in East St. Louis, Illinois and attended LeClerc College in Belleville, Illinois. Rosemary worked along side her husband of 66 years, J. Dewey Holten, Jr., in the operation of the Holten Funeral Home in East St. Louis and Belleville, Illinois. She excelled in homemaking, cooking, and organizing. She enjoyed the outdoors, boating, fishing, listening to music, playing the piano, and was an avid reader. Rosemary was a role model for her three children, to whom she devoted her life. She was a member of Saint Henry Catholic Church in Belleville, Illinois.

Memorials: In lieu of flowers, the family requests donations to the Belleville Area Humane Society.

Funeral: Funeral services will be held at 2:00 pm on Tuesday April 19, 2022 at Kurrus Funeral Home with Rev. Ken York officiating. Interment to follow at Valhalla Gardens of Memory.

A Live-Stream of the funeral can be viewed at kurrusfh.com/live-stream starting at 1:50 pm