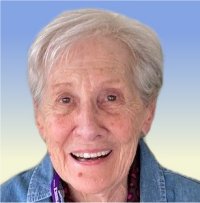 Rosemary T., nee Mathey, Ellis, 86, formally from Palestine, Il, passed away Sunday, November 28, 2021, at Cedarhurst of Shiloh in Shiloh, IL. She was a loving wife, mother, grandmother, sister, and friend.

She was born in Peru, IL on July 26, 1935, to Alex and Mary, nee Diddle, Mathey. Rosemary married Burt A. Ellis in 1954 and moved to Kingston, NY, where they raised 5 children. They later moved back to Illinois, finally settling in Palestine, IL.

Rosemary spent many years as an office manager and bookkeeper. She was very active in her community, most recently she was a member of the Palestine Preservation Society and Home Extension.