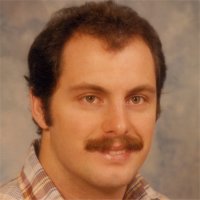 Ron worked as a manager for Switzer Foods in Belleville, IL. He loved all sports but especially enjoyed playing high school and college football. Ron also enjoyed all kinds of music and especially loved singing Early Morning Rain by Gordon Lightfoot to his children. Ron was a movie buff who watched classic and modern film. His favorite genre was western and was inspired by the story of John Wayne’s success. His favorite film was Rio Bravo. Ron had a special bond with his Grandma and Grandpa Switzer and his cousin Rick Switzer.

Memorials: Please no flowers. Memorials may be given to your favorite charity.

Funeral: Private family service was held on Thursday, June 13, 2019 at Peace Chapel. He was interred to his final resting place at Mt. Carmel Cemetery in