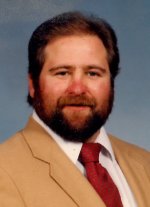 Robert worked as a Iron Worker for the Local #392. He was a member of Blessed Sacrament Catholic Church Belleville Illinois and was the Past Grand Knight of K of C Council #592.

Memorials: Memorials may be made to the Blessed Sacrament School Endowment Fund.

Funeral: Funeral Services will be held at 10:00 am, Friday, February 22, 2019 at Kurrus Funeral Home, with Father Clyde Grogan officiating. Interment will follow at Valhalla Gardens of Memory, Belleville, Illinois