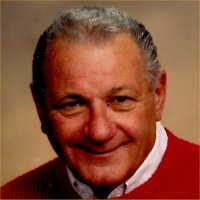 Bob was the owner of Bob’s Barber Shop which he opened in June of 1967. A stop in the Barber Shop would always get you a joke, a sports update, or just some “Bob” wisdom along with a good haircut. In the 52 years that he cut hair, he always considered his clients as his friends and he cherished those friendships dearly.

He was an avid Cubs and Illini fan and followed many local teams. He was a car enthusiast and pool player. He was also a member of St. Pauls UCC. He was active in the Belleville Antique Car Club, and Southern Illinois Street Rod Association.

Memorials: Memorials may be made to the Cardinal Glennon Children’s Hospital.

Funeral: Funeral Services will be held at 10:00 am, Thursday, April 25, 2019 at Kurrus Funeral Home, with Rev. Michelle Torigian officiating. Interment will follow at Valhalla Gardens of Memory, Belleville, Illinois.