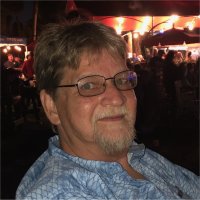 Robert worked as a Millwright Manager for Chicago Beverage Systems LLC. He was a member of Millwrights Local 1102.
In his youth, Robert “Chilly” was a phenomenal hockey player playing in areas around Peoria, Chicago, and Detroit, until eventually being recruited to play for the Calgary Flames for a short stint all throughout rocking his favorite number 19. He was an avid fisherman, hunter, and outdoorsman.

Memorials: I lieu of flowers, memorial donations may be made to the family via Cash App: $MichelePolettieeyore

Funeral: A Memorial Gathering will be held on Monday, September 23rd at 1:00 pm at the home of Josh Poletti; 3 Summit Station St. Charles, MO 63303