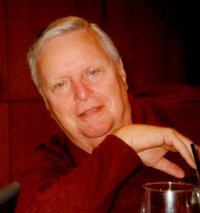 Bob attended Illinois Institute of Technology and graduated in 1965 with his Bachelor’s Degree in City Planning and Management. This career path led him to brief residences in Las Cruces, New Mexico, El Paso, Texas and Hot Springs, Arkansas before settling in the St. Louis metro area in 1971. Bob continued to work as a city planner until 1977 when he made a career change as a real estate appraiser which he worked for many banks and lenders until he retired in 2007.

Although soft spoken and a man of few words, Bob possessed a funny, “dry” sense of humor and quick wit which usually left many in his presence laughing and amused. He enjoyed woodworking and carpentry, watching various historical documentaries, spending time with his dogs, listening to various podcasts and watching both the Cardinals and Blues games.

Funeral: Private services will be held.