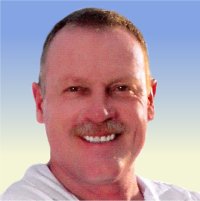 Richard “Rich” M. Schmidt, 59, of Millstadt, IL, born Thursday, October 11, 1962, in Granite City, IL, passed away peacefully surrounded by his family, Friday, November 26, 2021, at his residence in Millstadt, IL. after a long battle with cancer.

Rich was previously in the Marine Reserves and was a U.S. Army Veteran. He previously worked for SunCoke Energy as a utility maintenance worker. He was a member of St. James Catholic Church in Millstadt, IL and Paralyzed Veterans of America (PVA). Rich was best known for his upbeat personality and positive attitude. He never knew a stranger and was always willing to lend a helping hand. He was a devout Catholic. He enjoyed gardening, playing cards and a good game of golf. Rich loved his wife Tracy, of 34 years, his children and his grandchildren.

Memorials may be made to the St. Jude’s Children Research in lieu of flowers.