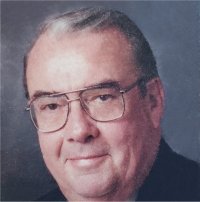 Richard was a sales manager for Smurfit Co. in Highland, IL. He was a member of Emeth Lodge #1030 AF & AM Scottish Rite Bodies, Ainad Shrine and Southern Illinois Court 86 R.O.J.

Memorials: Memorials may be made to the Signal Hill United Methodist Church, Parkinson’s Foundation, Heartland Hospice or Charity of the donor’s choice.