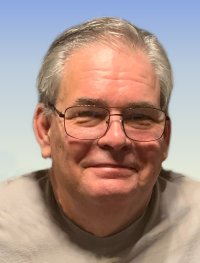 Richard was a retired truck driver. He was a member of St. Matthew U.M.C. and after the birth of his daughter, Olivia, he became a “stay-at-home dad” to dedicate his efforts toward raising her and her sister, Isabella.

Memorials: Memorials may be made to the family to assist with funeral expenses. Please make check payable to Kurrus Funeral Home and mail to the funeral home at 1773 Frank Scott Parkway West, Belleville, IL 62223.