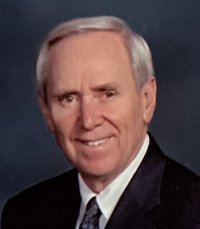 Richard Edward Boyle passed away peacefully at age 85 surrounded by his loving wife Janet and all three of his children.  Dick was a loving husband, father, family member, friend to many, and a renowned trial attorney for six decades.

Dick was born on March 27, 1937 in Westville, Illinois.  He was a football player and class valedictorian at Catlin Township High.  He received a Bachelors Degree and a Juris Doctorate Degree from the University of Illinois.  He then served in the U.S. Air Force and was in the reserves when he began practicing law in 1962.  He started with the firm Costello, Weichart, Roberts & Gundlach as a civil defense trial attorney, and remained with that firm under various name changes, including Gundlach, Lee, Eggman, Boyle & Roessler and Boyle Brasher, until 2022.

Dick was known for his unparalleled work ethic and his meticulous case preparation and presentation.  He was a fellow of the American College of Trial Lawyers, a Past President of the National Association of Railroad Trial Counsel, and a Past President of the St. Clair County Bar Association.  He was also a member of the American Board of Trial Advocates and the American Bar Association, and was admitted to practice before the U.S. Supreme Court and the state and federal trial and appellate courts in Illinois and Missouri.

The only things Dick loved more than the law were his family and friends.  He was also incredibly fond of the St. Louis Cardinals (both football and baseball), the St. Louis Rams, and the Fighting Illini.

Dick is survived by his:

Dick will be greatly missed by all.

Memorials: If interested, memorials may be made to The American Lung Association (lung.org), The Pulmonary Fibrosis Foundation (pulmonaryfibrosis.org), or to the charity of the donor’s choice.