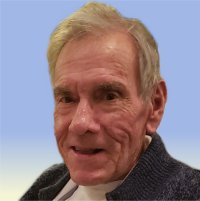 Richard was a graduate of Belleville Township High School and Washington University School of Engineering. He was also in the U.S. Army Reserves. He was a Licensed Professional Engineer and was employed as an engineer at Sigma Chemical Company (St. Louis, MO), National Lead Industries Titanium Division (St. Louis, MO), and was Vice President of Plant Operations at Memorial Hospital (Belleville, IL) until his retirement in 2001.

Richard was a member of the National Society of Professional Engineers, the American Society for Hospital Engineering, The National Fire Protection Association, The Emergency Care Research Institute, The Elks, and the Monday Night Golf League. He was also a member of St. Henry’s Church in Belleville and active in St. Henry’s Bingo.

Memorials: Memorials may be made to St. Henry’s Church or the Crohn’s and Colitis Foundation.

Funeral: A funeral procession will leave from Kurrus Funeral Home in Belleville, IL at 9:45 am Thursday, October 10, 2019 for a 10:00 am Mass of Christian Burial at St. Henry Catholic Church in Belleville, IL with Rev. Kenneth York officiating. Interment will follow at Lake View Memorial Gardens, Fairview Heights, IL.