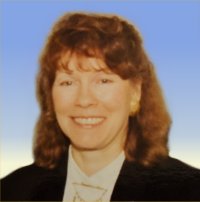 Rhoda worked as a Naval Auditor for the Federal Goverment. She was a loving mother and very dedicated to her children. Many of her children’s friends considered her their “second mom”. She was truly loved and made a lasting impression on those she touched.

Memorials: Memorials may be made to the American Parkinson Disease Association – APDAParkinson.org.