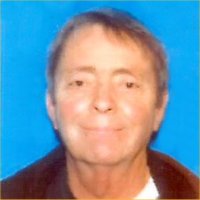 Raymond retired from Dave Schmidt Trucking where he worked as a parts manager, for many years.  A proud lifetime member, of the NRA, he enjoyed the outdoors; especially hunting and fishing.  He was also an automobile enthusiast, spending countless hours working on cars, in his garage. Ray was someone that could be counted on and will be greatly missed by family, friends, and neighbors.

Memorials: Memorials may be made to Helping Strays of Monroe County.

Funeral: By his request, cremation was held. Services will be private.