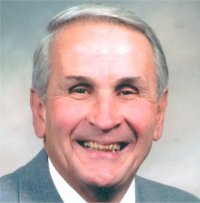 Gene owned Belle-Mont Pharmacy. He was the past president (1963) of the Greater East St. Louis Pharmacists Association, the past president (1978-1980) of the Bi-County YMCA. He was a member of the Mortar and Pestle Society at St. Louis College of Pharmacy, a member of the St. Clair County West Rotary Club for 47 years, and member of the East St. Louis Jaycees. He was a supporter as a Partner With Youth and a Lamplighter Society Member at the Gateway Region YMCA-O’Fallon Branch. He was the 2008 Lamplighter of the Year Recipient. For 60-plus years, he served as a deacon, elder, and trustee at the First United Presbyterian Church of East St. Louis, as well as a deacon and trustee at the First United Presbyterian Church of Belleville. Gene received the Service to Youth Award in 1981 from the Bi-County YMCA and the Century Club Recognition for 23 years of fundraising efforts. He was voted Outstanding Jaycee of the Year.

Gene’s love of life, his family, and his faith were ever present through his work and community activities. Gene will forever and lovingly be remembered by all who knew him as a wonderful husband, father, and friend.

Memorials: In lieu of flowers, memorials may be made to First United Presbyterian Church of Belleville or Gateway Region YMCA-O’Fallon Branch.