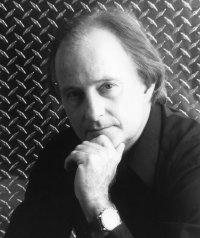 Phil had an illustrious career as a musician, producer, composer and sales manager. A skilled pianist and guitarist, Phil performed with numerous local and international rock bands, opened for bands including The Eagles and The Birds and performed on American Bandstand, Solid Gold, and The Tonight Show. In 1978, he moved to Los Angeles where he produced albums for Kansas, Missing Persons, Devo and Supertramp and composed songs for Fast Times at Ridgemont High and Guiding Light. Later in his career, he moved back to the area and started his own music sales and marketing company.

Phil was an avid fisherman, hiker and world traveler. He was a beacon of positivity and brought music with him wherever he went.

He is lovingly remembered by his:

Memorials: In lieu of flowers, the family prefers donations be made in Philip Jost’s honor to Boys Town and St. Jude. You can also honor Phil’s musical legacy by donating used or new instruments to Music for Lifelong Achievement in St. Louis www.supportmfla.org/donations.php

Services: A Private Celebration is planned for May of 2021