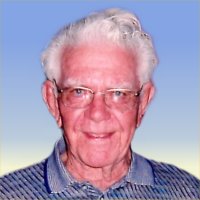 Paul was a retired carpenter and a member with Carpenter’s Union #169 in East St. Louis. He was a 1942 graduate of East St. Louis High School. Paul served in the World War II as a Navy Gunner on the USS Brough, Destroyer Escort and discharged in 1946 as a Seaman First Class.
He was a member of the V.F.W. Post #8677, Caseyville, IL and American Legion Post.
Paul was an avid reader, sudoku problem solver, and golfer with six holes in one and shot his age in his sixties, seventies and eighties.

Memorials: Memorials may be made to V.F. W. Post #8677 or American Legion.