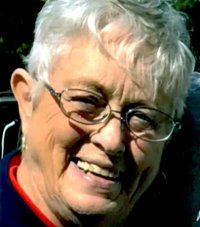 Norma was a 1955 graduate of East St. Louis High School. Norma was a member of St. John The Baptist Church, where she was in the Quilter’s Club of Smithton, IL. She was also a member of the Ladies Ancient Order of Hibernians and a long-time election judge. Norma was a retail clerk and buyer for Lerner’s Clothing Store in downtown Belleville and was an outstanding seamstress.

Norma was a loving wife, mom, gramma, and great-gramma. Nothing gave her more pleasure than sewing for her grandchildren and great-grandchildren — especially pajama pants for Christmas. She also loved crafting and making jewelry for her daughters. She enjoyed dinner and drinks with the “Friday Night Group,” where she was always fashionably late. As a member of the downtown Belleville YMCA, she enjoyed the morning water aerobic routine and socializing with her Y friends. She attended AOH state conventions as an LAOH delegate. She participated in LAOH fundraisers and the downtown Belleville St. Patrick’s Day parade. Norma was a world-class shopper and never passed up a good sale.

Norma was preceded in death by her:

Memorials: Memorials may be made to St. Louis Children’s Hospital.

Funeral: A Mass of Christian Burial will be held at 10:00 am Tuesday, July 2, 2019, at St. John The Baptist Church, Smithton, IL, with Father Stan Konieczny officiating. Interment will follow at Valhalla Gardens of Memory, Belleville, IL.