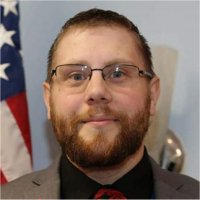 He was a member of St. Clair Lodge #24 AF & AM (current Secretary), Scottish Rite Bodies, and Ainad Shrine. He organized Blood Drives and Toy Drives for the Masonic Lodge. Nick was an Assistant Coach of the Litchfield Purple Panthers Football and Wrestling teams, member of FFA, Faith Lutheran Church in Litchfield, President of JILG ( Jobs for Illinois Graduates) and a member of Outreach Committee for Heterotaxy Connection.

Memorials: Memorials may be made to the Heterotaxy Connection or St. Clair Lodge #24 AF & AM

Visitation: Visitation from 4:00 pm – 8:00 pm, Friday, January 25, 2019 at Kurrus Funeral Home in Belleville, Illinois. Camp Jackson Fire Department walk-through will be held at 7:00pm followed by a Masonic service will be held at 7:30pm.