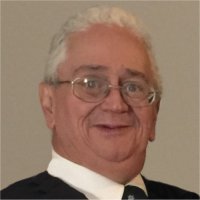 Julio was an Air Force Flight Medic for 27 years, while serving in the Vietnam era and Desert Storm wars. He was a member of Faith Family Church in Shiloh IL; Past Master of East Lodge #504 AF & AM; Scottish Rite Bodies; Past Sovereign Prince; Ainad Shrine; Directors Staff; York Rite Bodies; Air Force Sgt’s Association, and the American Legion in Collinsville.

Memorials: Memorials may be made to the Shriner’s Hospital, or East Lodge #504.

Viewing: Live streaming can be viewed at www.facebook.com/KurrusFH at 7:30 pm.