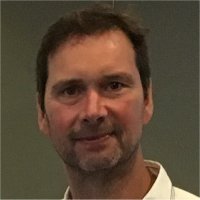 Matthew John Zipfel, 59, of Belleville, Ill., born on Aug. 31, 1960, in East St. Louis, Ill., and died on Aug. 31, 2019, at his residence in Swansea. Matt retired in January 2017 after teaching junior high science at Signal Hill School for 35 years. He was the sponsor of the Signal Hill Science Club and a longtime baseball and basketball coach.

Early in his teaching career, he received an Emerson Excellence in Teaching Award (Crystal Apple). In January, Belleville West honored him with a Coaching Legend Award, which annually recognizes an outstanding coach at a feeder school.

Matt made an unforgettable impression on everyone who knew him. He enjoyed making people laugh. He loved his dogs, raising Siberian Huskies for many years.

Outdoors or in the classroom, that’s where he shined brightest. He was dedicated to making learning fun for his students and helped them realize their potential and understand the bigger world. He gave of his best self, and helped others find theirs.

He worked hard to be the kind of inspiring teacher that creates a lasting impact in young people’s lives. He did so with customary wit, know-how, enthusiasm, inventiveness, hands-on approaches, and incredible hard work.

Memorials: In lieu of flowers memorials can be made to the Multiple System Atrophy Coalition, 9935-D Rea Road, #212, Charlotte, NC 28277 and given at the funeral home or online at https://www.multiplesystematrophy.org/msa-donation/

Services: A memorial gathering will be held on Saturday, Sept. 14, 2019 from 1 to 5 p.m. at Kurrus Funeral Home in Belleville, IL. Designated eulogy’s will start at 4pm with visitation continuing after eulogy’s.

Matt requested his body to be donated to Science.