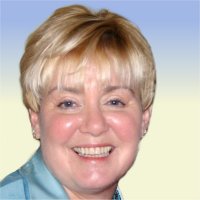 Mary Kay (Walsh) Vogel, of Belleville, IL, passed away in her home on March 21, 2019 surrounded by her devoted family. She was a loving wife, mother and grandmother of four.

Kay, as she was known by her family and friends, was born on February 26th, 1949 in East Saint Louis to parents George and Jean (Sage) Walsh. She is survived by her sister, Margaret Walsh and her brother, Michael (Melissa) Walsh.

Kay married her best friend, Gary, on June 19th, 1970. Together, they lived in Germany, Colorado, and Ohio before finally settling back in Belleville. They have two daughters, Melanie Vogel and Jean (Michael) Wagner. She will be missed dearly by her four grandchildren who lovingly called her “KK”: Madelyn Kay Wagner, Michael John Wagner, Katelyn Sage Donovan and Samuel George Donovan. KK and PaPa invented a special club for the kids, known as The MaKaMiSa’s and they shared many special adventures.

Kay worked as nurse for most her life. She was a beloved school nurse for both Whiteside School and O’Fallon Township High School, where she impacted the lives of many young people in our community. She and Gary were most known for their love of travel. Every year took them to far off and exotic places such as Vietnam, Turkey, Egypt, China, Peru, Cambodia, India, Europe and South Africa.

Kay was preceded in death by her father, George Walsh and mother, Jean Walsh as well as her daughter, Melanie, in March of 2014. She is also survived by her sister in law, Sandy Harris and her nieces and nephews, Kyle (Ashley) Harris, Melissa Harris, Michael Rokos, Nick Rokos, Danny Murphy, Jessica (Walsh) Wagner, Kelly Walsh and her great nephew, Greyson Harris.

Memorials: In lieu of flowers, please send donations to The Karla Smith Foundation or Hospice of Southern Illinois.

Services: A funeral mass in her honor will be held at 2:00 pm on Wednesday March 27. 2019 at St. Clare Catholic Church in O’Fallon, IL. With Fr. James Deiters officiating. Private interment at Valhalla Gardens of Memory in Belleville.