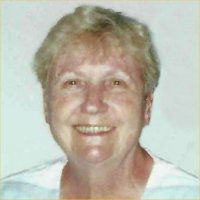 Marilyn was a founding member of the “Get Together Club,” which consisted of 14 friends from East Side High School that met once a month to share a sisterhood of camaraderie for over 67 years straight.

After sending her kids into the world, Marilyn owned and operated Todie’s Lilly Pad Flower Shop for many years, which allowed her creative side to invent the patented “Todie’s Table Clip” and “Todie’s Bouquet Holder.” In 1991, these designs received the FTD Most Innovative Design Award and were featured in Flower Magazine.

Marilyn became an active member of First United Presbyterian Church in 1945. She was devoted to the Worship Committee throughout the years and served as self-appointed Design Director for all church holiday decorating and beautification enhancements until they hid the ladder from her at the age of 80.

Preceded in death by her:

Memorials: Memorials may be made to the First United Presbyterian Church or Belleville Area Humane Society.

Funeral: Funeral Services will be held at 11:00 am, Monday, May 6, 2019, at First United Presbyterian Church Chapel, with Pastor Rob Dyer officiating. Interment will follow at Valhalla Gardens of Memory, Belleville, Illinois.