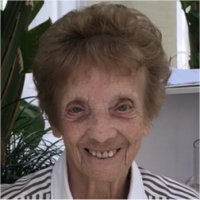 Margaret was a loving mother and grandmother. She spent most of her life in England near London. After many years working for the Navy, Army, and Air Forces Institute (NAAFI), she worked as a school receptionist at the Orchard Infant School in East Molesey, England. She moved to Belleville, IL in 2015, where she became an active member of the All Star Mostly Senior Ukulele Rainbow Review in Mascoutah, IL, and the local Craft Club. She enjoyed the company of other ex-patriot Brits in the British Club, and knitted for the St. Augustine’s Prayer Shawl Ministry.

Memorials: Memorials may be made to the Belleville Humane Society.